When you think “beauty”, you probably think “female”. Like most people out there, you tend to associate makeup with women. Perhaps if you’re from South Korea, however, you’d know that this is definitely not the case.

This fascinating article from The Economist details the Korean man’s journey into the world of beauty, and how it wasn’t necessarily seen as a “feminine” move for men to use beauty products. Many entered into the female-dominated realm under the guise of masculinity.

We all know that Korean women abound are lauded for their complex skincare rituals, which are coveted, curated, and customized for each complexion. So it’s only natural that they offered the men in their lives tips and products to deal with their own ailments. Korean men, who are required to serve in the military for at least two years, would sometimes receive a face mask or moisturizer from their sister, mother, or girlfriend to treat their dry, cracked, skin during the harsh winters.

If a man does not feel comfortable going full K-pop glam (see below) in this described “socially conservative” culture (and no doubt a reason for the advent of K-pop, which means “Korean pop”), he can still wear a light cushion foundation, groom his brows, and exfoliate without fear of homophobic jibes from his coworkers, because “primping” and “preening” are seen as a way to look proper and exude success. Who can blame a guy for wanting to do well in the workplace? What a clever way to frame their interest in beauty. 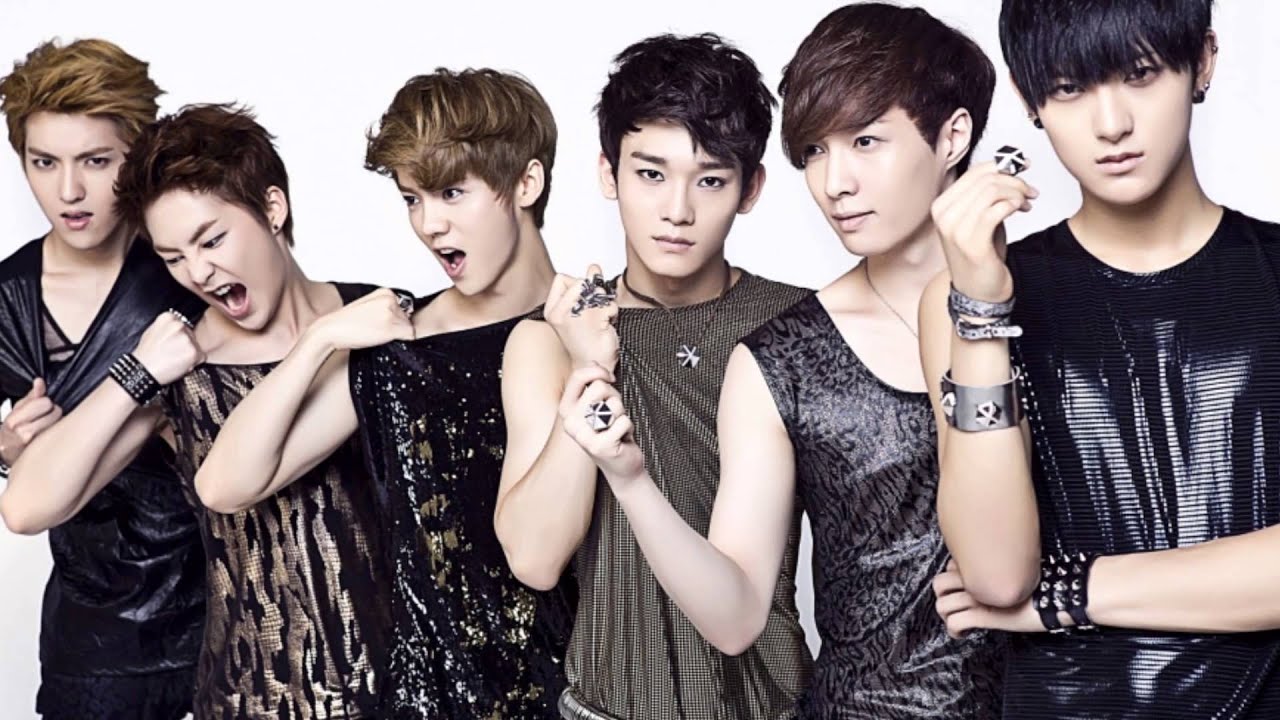 And, honestly, why should beauty be restricted to women? Oh, I didn’t realize only women get pimples, or experience dry skin, or want to cover up the dark circles under their eyes. Poppycock…. haha. Cock. Ok, sorry, back to being an adult.

Why must we shame men into have to pretend their desire to use beauty products is just because they “man-ned” too hard during military training exercises. Guys can’t be just as vain as women (not that I see makeup and skincare as vain, tbh)?

Some brands are catching on, with Dove Men+Care line, offering the same exact Dove products men bummed off their ladies for years, but now in sleek, gray packaging and non-floral-y scents that say, “Hey, I have a penis!”.

Men’s beauty products can only be sold if they’re positioned as specifically “for men” and their beard-related needs. Check out brands like Jack Black (no, sadly, not the actor), Anthony Logistics for Men, and The Art of Shaving.

Those are all either the name of a man, outright say “for men”, or mention “shaving”. All of these aspectes are perceived as clearly masculine and not feminine… despite the fact that you can buy it right alongside that Naked Palette and gain some Sephora rewards points. But yes, “manly” and “tough”. #YaRight

Notice Jack Black’s advertising above: “Nothing complicated. Nothing cosmetic”. Because why would a manly man’s man want anything COSMETIC?! Cosmetics and complicated things are for chicks, bro. They need meat, beer, and an open window out which our farts can travel, goddammit!

Clearing away dirt and grime from a hard day in the fields wrangling cattle, eh? Or perhaps just the excess oil and germs your face collects while you sit at a desk job that’s identical to the ones women also have (just getting paid less. Am I right, ladies?). It’s smaller, more inconspicuous, and gray. Then, all of the sudden, they release white, pink, and turquoise versions, which are said to be for WOMEN. They are literally the EXACT SAME DEVICE. Apparently, women don’t like the color gray, I guess. Conversely, men don’t like any color other than gray. Mmmhmmmmm. I present to you Exhibit A:

Males used to dominate beauty products back in the day, particularly the 18th century. Smearing their faces with white powders and rouge to look less like the tan-skinned laborers in the field and imply that they are so wealthy, that they never have to go outdoors and can relax and lounge about in their sickly paleness (which ironically killed many of them, due to the lead compounds found in the white makeup).

So who’s to say that men “can’t” or “don’t” wear makeup or want to have a skincare regimen. A lot of men feel the same way. Many are jumping head first into the beauty world, such as Patrick Starr and Manny Gutierrez. Now, not all men, or even women, want to go quite that heavy and intense with the routine, but that doesn’t mean they don’t want to dabble at all!

I’m glad more men are getting recognition in the beauty world, without feeling like they can only choose between being a behind-the-scenes makeup artist or a drag queen. If women can do anything men can, then the reverse is also true. Except for having babies. Women still have the market cornered on that… or so we think! ‘Til next time, fellow readers.

One thought on “Men & Makeup: Beauty Shouldn’t Be Gender-Specific”

Ask Your Beauty Question
Follow Broken Down Beauty on WordPress.com

An icy cool look. White & gray #smokeyeye. Lip color is #biteBeauty Luminous Créme #Lipsticks in Violet, layered with Mulberry over it. #BuxomCosmetics Full-On Lip Polish in Nicole is dabbed just on the center of the lips.

Can’t go wrong with a cat-eye flick and a pink lip.

Remembering your weekend smoky eye on a #Monday. #FOTD #MOTD

This site reflects my views and my views alone. It does not reflect the views of my employer or any company with which I associate.