While we might be in the throws of winter, we all know that sunscreen is STILL a must. The sun’s rays might not burn you like they can in the summer, but they still cause skin damage that can lead to dry, unhealthy skin and even cancer. Don’t slowly evolve into a leather handbag and then have to spend thousands on cosmetic and dermatological procedures, for something that could have been prevented with an $8 sunblock.

If you were a religious news watcher, you might have previously seen Jessica Alba’s The Honest Company® received some flack regarding her sunscreen. Both parents and their children were claiming that they used Honest Company‘s sunscreen and still got sunburned. Much of the backlash resulted in some people making the conclusion that “natural” sunscreen doesn’t work as well as traditional ones. You might have thought: What’s a “natural” sunscreen? What makes it natural? Is it really unsafe to use?

Thank, Mariah. I can take it from here.

When the news stations, reporters, or whoever says “natural” sunscreen, they’re referring to mineral sunscreens, aka physical sunscreens. So natural = mineral = physical.

For a full, detailed breakdown of the different kinds of sunscreen, read my article here. If you want the too-long, didn’t-read version…

I’ve always been partial to physical sunscreens, because they don’t break down and become inactive over time like chemical ones.

HOWEVER… physical sunscreens aren’t so effective if you don’t apply enough of them evenly, or if you rub/wash some of it off. Got and itch on your forehead that you scratched it? You just scraped off some of your sunscreen. BAM. Burn. Wash your hands after you went to the bathroom? BAM. Burn. Sweat while playing volleyball and you wiped your face with a towel?…. You get it.

To get optimal sun protection, look for a formula that contains the physical sunscreen Zinc Oxide and any mix of chemical sunscreens that have any of the crazy names like oxybenzone, avobenzone, octinoxate etc.

Note: Titanium Dioxide is a physical sunscreen (aka the ONLY other physical sunscreen), but it doesn’t protect against both kinds of UV rays. It protects against UVB rays that cause burning and skin cancer, but it doesn’t protect as well against the UVA rays that cause aging. It’s okay if your sunscreen contains Titanium Dioxide, but make sure it ALSO contains Zinc Oxide. otherwise you’re not as protected as you could be.

So, natural sunscreens aren’t “ineffective” as many proposed, but, rather, they simply need to be used properly. To ensure your highest level of protection, I recommend using a combo of physical and chemical sunscreens. This will not only protect you from sunburns but also from developing signs of aging. In fact, using sunscreen early on has been shown to be more effective that not using it and trying to correct the damage with anti-aging serums and creams.

Don’t worry if you’re feeling like neither chemical nor physical sunscreens are really tickling your fancy. I get it. They both have shortcomings. We haven’t hit peak sunscreen yet, though. Researchers at the National Institute of Biomedical Imaging and Bioengineering (say that ten times fast… then do a shot of tequila, and never say it again) are working on a NEW type of sunscreen that doesn’t absorb into your skin but also doesn’t easily rub off!

So no worries about chemicals seeping into your bloodstream, rays penetrating your skin, or accidentally wiping off your sunscreen. In fact, this experimental, lab-created sunblock lasts for a few days and only comes off if you wipe it off with a towel! They are experimenting on animals, however; so that technology will not be acceptable for those using strictly vegan or cruelty-free products. Beware, though, I can almost guarantee that at least one product you use that says cruelty-free, actually isn’t 100% cruelty-free.

Make sure you do your research!

5 thoughts on “The “Natural” Sunscreen Debate” 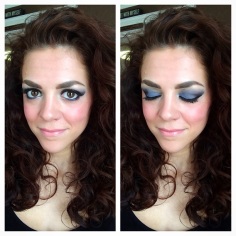 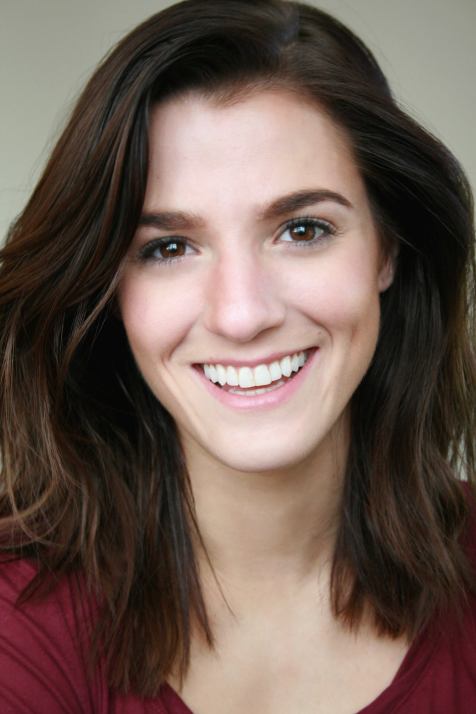 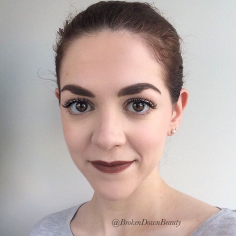 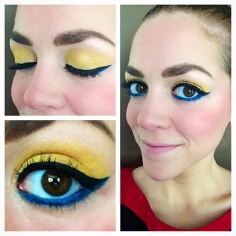 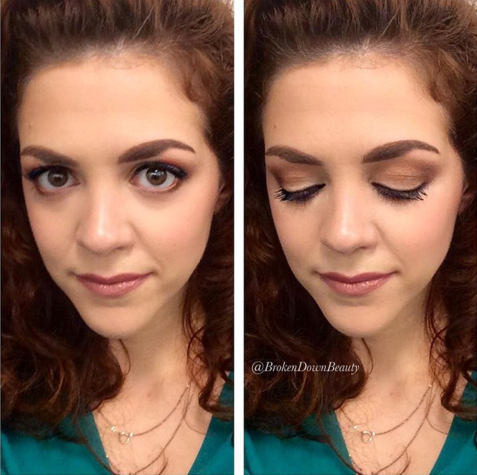 Remembering your weekend smoky eye on a #Monday. #FOTD #MOTD

An icy cool look. White & gray #smokeyeye. Lip color is #biteBeauty Luminous Créme #Lipsticks in Violet, layered with Mulberry over it. #BuxomCosmetics Full-On Lip Polish in Nicole is dabbed just on the center of the lips. 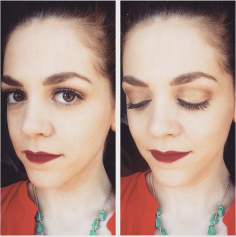 Can’t go wrong with a cat-eye flick and a pink lip. 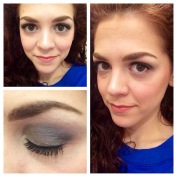